The day you get married, you can have many traditions since one by one has been incorporated into “The wedding” over the centuries, but to tell the truth. On this special day, each couple decides what to drink and whatnot. We have the borrowed, the new, the blue, and the rice, as well as the soles of the shoes and the car dragging cans. The most important thing is what you like and what makes you happy.

Here we leave you 8 things you didn’t know about traditional Spanish weddings:

The tradition of wedding rings was born in the year 2800 BC when the Egyptians exchanged rings in their marriage rituals since, for them, the circle of the ring represented the beginning and the end for what it meant eternity in their love.

In 1775 it was decreed that any marriage will be annulled if the bride wore makeup during the ceremony. Can you imagine what today would be like if makeup was not allowed to get married?

The wedding march characterizes the bride’s entrance and her walk to the altar accompanied by her father. The first time this Wagner melody was played, was in 1858 when Princess Victoria played it during her ceremony.

Surely you did not know that it is called “Honeymoon” because before the newlyweds drank honey wine during an entire cycle, the moon’s 28 days after the wedding.

In 860 AD, Pope Nicholas decrees that the engagement ring is mandatory for anyone who wants to get married. It is worn on the ring finger because of the old belief that the vein in that finger reaches the heart.

In 1499 it was the first time that someone married in white and it was Anne of Great Britain. However, it was until 1840 that Queen Victoria wore a white silk dress and that is when the tradition began.

The bride on the left

Did you know why the bride should go to the left of the man in the ceremony? This is because it was formerly said that men needed their right hand free to fight with the other suitors of the bride.

Wedding gifts became a tradition in the 16th century. When someone married in France, rich people gave gold and precious stones and poor people gave lace and ribbon knots that were “love knots.” 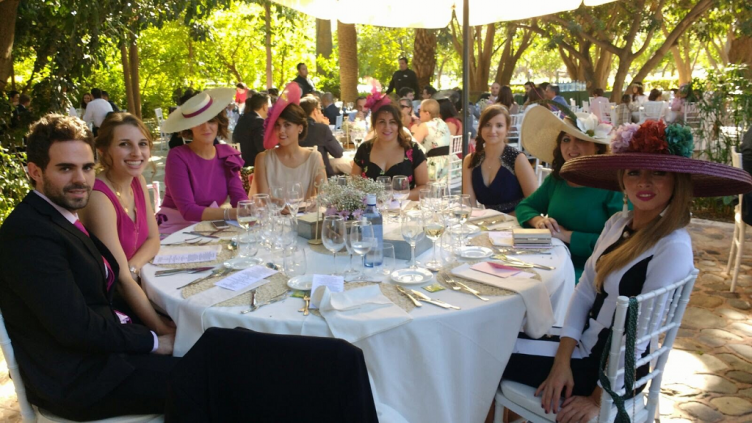 The Spaniard quickly gets into party mode after the wedding ceremony. Newlyweds should traditionally sit at the head table, with their parents usually at their side.

During the meal, most newlyweds follow the custom of circulating their guest’s tables, distributing wedding favors. The usual items are mini-bottles of wine or a cigar for the men, while the ladies usually have a few small gifts of wedding cookies, ceramic glasses, or fans.

At this time, the couple receives gifts from the attendees – usually money in special envelopes or some fun game to access the money. Many Spanish couples currently send their bank details with their invitations so that this custom can be lost little by little!

There are no speeches during Spanish wedding meals – perfect if you want to sample delicious Spanish cuisine and vibrant company! After lunch, the party begins, with singing, dancing, and games. A traditional folk game that still appears a lot in modern weddings is the tradition of cutting the groom’s tie and selling the pieces as a token of luck to guests.

Music is also important and it is common to listen to romantic songs, passionate melodies from a Spanish guitar, or modern songs. When the newlyweds begin their first dance, the Spanish tradition is for guests to gather around them to form them to dance inside.